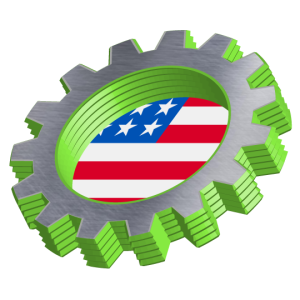 The engine under the hood! Mike brings over a decade of operational business & project management experience to TheSauce.

It’s a big moment for Ethereum as the long-anticipated merger between ETH and ETH 2.0 went into effect earlier this month. This transition marks the first upgrade to the existing Ethereum Classic blockchain with the goal of improving overall speed, efficiency, and the number of transactions per block.

If you’re lost already, let’s pump the breaks and break down what this merge means.

How Ethereum protocols worked before the merge

Ethereum’s Classic Blockchain uses what is called “Proof of Work” protocols where miners try to solve very complex transactions. Think of it as a race to complete a puzzle or cryptographic equation; the first to authenticate the transaction is awarded the authority to add new blocks to the blockchain and is compensated with coins. (Buyers & sellers pay for this compensation in the form of “gas fees.”)

Due to their mathematical complexities, Proof of Work protocols require vast amounts of computing power and energy consumption. Transactions tend to backlog due to supply/demand at various times when multiple calls to the blockchain are attempted at the same time. This backlog causes slow transaction speeds and higher gas fees for the users.

Basically, in a Proof of Work protocol, Ethereum miners invest in the right computing equipment and hardware to handle these complex transactions. If the systems are set up efficiently, they are able to confirm multiple transactions and be compensated well.

From Proof of Work to Proof of Stake

After a miner invests into the coin (in this case, ETHER), the choice of who validates each transaction is randomly decided based on an external complex algorithm based on how much is staked along with the miner’s experience.

To sum up Proof of Stake, miners are investing into the ability to confirm transactions rather than attempting to compute the verification themselves. This somewhat centralizes the transaction confirmation process, however, uses much less computing power and energy consumption, thus making it a more sustainable solution.

The outlook for Ethereum miners

Still lost? Don’t sweat it… as the transition gets underway, many of the questions will answer themselves over time. At this point, the key takeaway is that the process (according to the users) is changing for the better. However, Ethereum miners might have a different opinion…

There is a clear difference of opinion from miners on which protocol is the better option. Proof of Work protocols are a more decentralized solution, which is one of the primary reasons crypto was developed in the first place. It also allows for anyone to invest into the computing hardware to compete for validating transactions to the blockchain.

Proof of Stake takes the individual validation efforts away from the miners and simply awards authorizations based on an upfront investment into the network.

In short, if you have the money to stake into the network, you are now entered into the pool of authorized miners for ETH 2.0 versus investing into your own system in order to compete for those transactions. Once again, with time, the transition will iron out all wrinkles and miners will be forced to adopt or simply miss the boat as it starts to sail in this new direction.

What benefits are there for users?

The energy consumption is definitely one of the major advantages to this new protocol, since the amount of computing power required to validate each transaction has been a dark cloud over an otherwise miraculous way to conduct transactions.

Transaction speeds are also a big plus in this new protocol and users will see that change almost instantly. The more centralized validation process also allows for more transactions to be validated per block, which will directly increase the speed of transaction.

The burning question that users have is how this protocol will impact gas fees? Right now, there are many conflicting opinions… These fees are still driven on a supply/demand basis, therefore in heavier times, we can still expect gas fees to be higher. How much higher is the question we are waiting for.

Risk mitigation is the final benefit for users. In Proof of Work protocols, once a miner is awarded with the block, the system relies on that miner to complete the transaction using a specific set of rules and procedures. There are scenarios where miners can prevent transactions from being confirmed and force users to pay twice (a crooked process known as double-spending). The Proof of Stake protocol protects the user’s transaction by collateralizing the miner’s staked coin. If there are dishonest practices attempted, the miner could lose their staked investment.

To wrap up, the transition is happening whether we all want it or not. Like all market shifts, it will take time for users and miners to adjust to the new protocol.

For crypto as a whole, this guy thinks it is a pivot in the right direction.