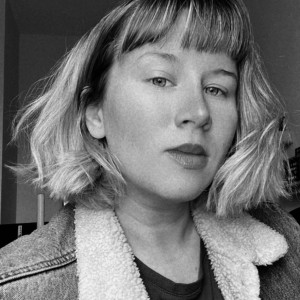 I had a thought today. Being a ‘creative’ doesn’t mean what it used to mean. And that’s not a bad thing. The idea that a ‘creative’ is reserved for the likes of ad agencies and commercial-level campaigns feels like a bygone of a pre-pandemic, web 2.0 era.

The shift into the next era of the internet will require (almost) everyone to be ‘creative.’ Or at least some version of it.

Small businesses building digital brands are creatives. Public speakers looking to reach more people online are creatives. In a world where the type of creative work we do isn’t siloed to one category — like copywriting, art directing, designing, or editing — being a ‘creative’ now requires a level of problem-solving that brings together all the categories.

’Til then, I bid you a happy end to your 7/11! With a Slurpee in hand, let’s get into the important stuff creators to know this week.

Big deal for Live creators! Up until now, you could only go live on Instagram using your phone.

The new Instagram Live Producer (only available on Instagram.com) allows for multi-camera streams with graphics using third party software on a desktop. The feature supports streaming from OBS, Streamlabs, StreamYard, and more.

Twitter is testing CoTweets for a limited time to learn how people will use the feature — but only select accounts currently have access. For those who do, the feature appears in Twitter composer via pop-up, prompting to “tweet together with CoTweets.”

I see this playing out similar to how Instagram collaboration posts work. It ensures the messaging is consistent from both authors (which is key if you’re launching a campaign together) and gives added visibility to both authors.

There are definitely use cases for this function — from legitimizing partnerships to getting more eyeballs on a tweet — if it rolls out to all users.

TikTok is calling it the “Follow Me” experience, and it’s a free email series that offers coaching from TikTok pros, resources, giveaways, and other learning opportunities for small businesses looking to grow on TikTok.

Pro tip: Learning directly from the source (like TikTok or Meta) is one of the best ways to up your growth game, especially since social platforms are able to continually update information and share unique insights about how the algorithm works.

6 ways to build your personal brand on social media

Keep these top of mind as you’re growing, especially in today’s social media ecosystem (which values authenticity, consistency, and best practices above all else).

Sometimes the thing we’re looking for is right in front of us. If you’re running Meta ads (Instagram, WhatsApp, Facebook) and running short on inspiration, pop on over to the ad library.

Topics & trends to keep you in the loop.

ICYMI: Elon Musk is done with Twitter — but Twitter isn’t letting him off easy. Musk’s legal team filed an official bid to terminate his $44B deal to buy the company last week, but Twitter board member Bret Taylor tweeted that Twitter is “committed to closing the transaction on the price and terms agreed upon with Mr. Musk and plans to pursue legal action to enforce the merger agreement.” All of which is to say, there are two potential outcomes:

For now, you can file away the great Musk Twitter Trials as a “big picture” lesson learned on corporate bluffing.

Twitter recently announced it’s testing a new built-in “Notes” feature to allow for long-form written content beyond the 280-character word limit for tweets. The idea is that these “Notes” can be tweeted out like you would an article, but would open to a window with all the text on one page (like a blog post, or like the Twitter Blue feed reader option).

What to expect from Twitter Notes when it gets a wider roll-out:

Our web3 project starts minting this week! Yes, there are NFTs — but there’s a whole lot more

Around here, we’ve been talking about web3 and the world of digital collectibles — but we’ve been even busier building in it. We’ll drop a lot more info on what The Battle Bunnies is all about from our POV soon. But for now, here’s what you need to know: