Facebook Messenger gets new reactions… in the form of avatars 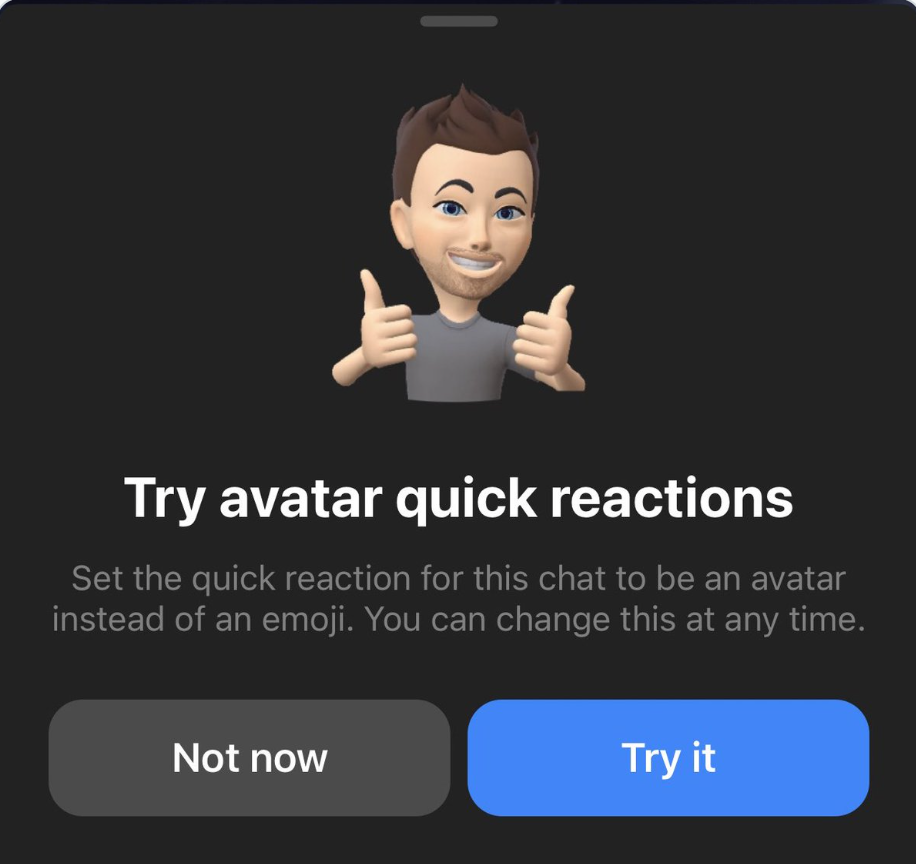 On Friday, social media consultant Matt Navarra took to Twitter to share a few screenshots of a new Messenger feature that enables users to set quick reactions in chats to an avatar instead of an emoji.

I’ve seen these all over Instagram already as well; here’s how to create your avatar, users simply need to go on Messenger chat, click the “smiley” button, and then the sticker tab. Click “Create Your Avatar,” and that’s it.

But if you want to know our *real* thoughts on this avatar update, you’ll have to replay this week’s Sauce Pod. 👀

There are few things we can really count on in this life… Florida to never give up not actually being the “sunshine state,”  dogs to make us happy, and Meta always trying to take users from other platforms by morphing their own.

Apparently, Meta is hoping to capitalize on the chaos-filled takeover of Twitter by Elon.

Meta’s staff is discussing building a new Twitter rival with either a “notes” feature on Instagram, building a separate text-focused app, or adding new, Twitter-like feeds to Instagram. It’ll be called Realtime or Real Reels, or Instant which are fine names except that they all sound the same.

While things are unbelievably messy at Twitter…more on that below, Meta has had its own headaches. It’s nothing new for Meta to try to be everything to everyone. Instagram really tried to hard to be TikTok, not in a good way. (even the Kardashians came after them.) I’m sure Meta is just happy she’s not the only one looking like the black sheep of the social media children for now.